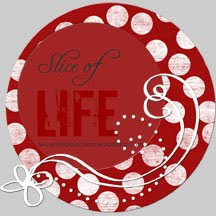 Some background knowledge for those who don't know me...Being single, I will (at times) have others offer to set me up. I was possibly going to be set up with someone who works in our school corporation, but after him apparently having my number, never heard from him. He tried to pop into my classroom, but I had students. After he sent an e-mail (this is about a month after he had my number), I politely thanked him for saying hi, but told him I really didn't have any time at school that I wasn't busy. (Are there other teachers who aren't busy at school? - If so, I'd like to meet you.) Never heard from him again...

Today, we had a teacher work day and because we didn't have students, my team went out for lunch. Gasp! That never happens. After sitting down to eat our subs and chips at Subway, we settled in to discussing the Olympics, cleaning and other odd jobs that husbands do, and appliances. Suddenly, the door opens to Subway, and lo and behold...there is the guy and a friend of his to eat there. Instantly, my face heated up and I kept my eyes forward. (I know, I'm a coward. I've never even met this man face to face.) I thought our conversation was winding down and I wanted to refill my pop, but that would involve walking by. I did the next best thing. I sent my student teacher to go refill it.

Wouldn't you know it that as we were sitting there too, a family from our school walked in and the daughter kept saying my name over and over. "Look, there's Miss **." I just wanted to tell her stop...be quiet! Don't bring any more attention to me.

He and his friend sat down to eat and our table just kept talking and talking and talking. About 15 minutes later (it felt like an eternity), we got up to leave. I tried to keep my back to him. I tried to put my coat on nonchalantly, walk out without drawing more attention to me, and wouldn't you know...she (the daughter) yelled my name again. Ugh! I waved and then walked out with my tail between my legs, knowing I am a chicken.
Posted by Cathy at 3:28 PM

You're not a chicken. We've all done that, in some way, shape, or form, before! And besides, if you were a total chicken, you never would've written about it.

OMG! I have totally lived your story before! I love it! And, chicken or not, it has provided a story for you to tell... now you just have to decide if there will be a sequel or not! :) I hope so!

You have more courage than you give yourself credit for.

Aww Cath . . . I'm glad you wrote this. Thanks for joining The Challenge this month.

You are definitely not a chicken! I'd say the walk-up-and-say-hello was on him, not you. Sounds to me as if he was chicken! In my reading of this slice, you were playing the nonchalant, aloof demoiselle! More power to you!